Notes From a Daydream

One thing I have asked myself many times is how similar, or dissimilar, the process is when designing something visual/spatial, and composing music. I'm a trained landscape architect with a focus on design, working for many years designing everything from furniture to highways, and I also have a more self-taught and spotty background as a musician. Returning to music a few years ago, I have slowly come to realise that some aspects of the design process lends itself quite well to composing. So, here are some of the tools I have tried so far.

This might be very obvious, but spending more time on a composition is likely to make it better. Do not not try to finish it, but instead aim to be happy with every piece and every aspect of it. When I think I finished a piece, I will let it rest for a few days and come back to it again, often noting quite obvious things to change.

My own song writing process used to be quite linear: Starting with an idea (a short piece on the piano most of the time), find an interesting combination of sounds, add a couple of more pieces, tweak, tweak some more, finished.
My design process, on the other hand, is much more complex: Starting with an idea and jotting it down very quickly, detail the drawing with the aim to get proportions and relations right, always finding some parts that are not working very well, trying to find out some other way of doing it, reducing the concept to the barest minimum to find out what the most important aspects are, work on something else, going back to find that 80 % of what I had wasn't good, approaching the whole idea from another perspective, and so on. Re-doing and re-starting are essential to working through a design project and I think it is for music creation too. The different perspectives you get on your idea and the material gives a much fuller understanding of the problems you are facing, and with every new try it will probably get closer to a solution you are happy with. It takes more time, but the outcome is often much improved.

When I started to apply a more non-linear composing process, I quickly ended up with a lot of material not being used in projects. Sometimes because it wasn't very good, but often because it just didn't fit the context. That meant I had plenty of ideas to go through when I was starting my next project. Not having to start from scratch every time feels so much easier, and the time spent on a project can be reduced or more time spent on detailing or exploration. It's like I have added a whole new level to my creative process, where creation is contantly going on, and I can pick song ideas from it whenever I need or want.
It also means I can finish a song, throw away everything but an exceptionally cool sounding bridge, and use only that as a starting point for a new piece. Completely without feeling bad about it, as the other parts of the song may very well continue their lives in other songs instead.


4. Be a good critic during the process

The ideas presented above point to one important role for myself: I need to be a good critic of my work. Not shying away from saying a song isn't good, as equally important, is not to put any accusation or devaluation in the critique. Simply state that 'This is not the result I intended, so I will try to change things till I'm happy'. It's so easy to make the mistake of judging something as not good, when it's not been worked through.


Here are also some advice that I think are important in the long run. Study theory and ignore most of it. I know more about color theory than I care to admit. I'm aware of it when I work with design projects, but breaking some of the myriad "rules" is common practice. Listen to other people's music with a pen in your hand. Listen thoroughly, several times, and write down everything you can: Song structure, what instruments go where, bpm, scale, chord progression and so on. The more theory you learn, the more you will be able to identify. Read up on/listen to history of music. So much to learn there... Daydream. This is, I think, the undisputable master of all creative techniques.


And what does the future hold for my composing? What parts of my design process haven't been ported yet? One of the concepts I'm looking forward to trying, is making quick sketches in early mid-project, and take one specific aspect as far as possible and see where it leads me. In a design process it is often very rewarding, not because you end up using the result straight off, but because you learn so much about the project, and some of the results are bound to be quite unconventional. And with a slight rework, parts of it can often be used in the final project. It can also revitalise that higher level of creativity, giving you a feeling of a creative process that is a living thing, constantly evolving. And isn't that what most of us want?


You can see my design projects at www.blendadesign.com

Listen to more of my music at www.soundcloud.com/imifal


Here is a report directly from a winter stream winding through a leafless forest, shifting in grays and browns. I hope you enjoy!This track will appear on my next album 'The Man Who Sat Down' that will be released this winter, collecting some of the songs I have written the last few months.
This is a name-your-price download with a minimum price of 0 US Dollars.

Halo is a project for contemporary instrumental music by Pasquale Riviezzo, Italy. His slow, dreamy pieces have been a favorite of mine the last year. I especially like the way he manages to make the beautiful slightly skewed in his music, and the often sparse arrangements. Below is a song called Winter Lullaby I from his 2013 album Late Winter Tales. Highly recommended! Listen and buy on Bandcamp.

I read an interesting article in the swedish magazine The Architect (Arkitekten) about creativity, written by Ann Lagerström. Here is a short quote:

"To be able to think outside the box, it's required that you break both your own and your brain's patterns and voluntarily induce both psychological and biological fear. Habits must be avoided, your mind's networks should be torn up, memories pushed aside, cells that previously knew who they usually talk to will be forced to become lost. And your insecure self (we are all basically insecure) must dare to show silly, naive, odd and inappropriate sides.
You got it. Creativity is not fun. It's deadly serious. Creativity equals anxiety."

She then points out of something very important: We must feel safe to dare all these things. In a safe environment without judgement, creativity sprouts. It's quite simple, but often overlooked. Especially in a professional creative environment, where you "kind of" know everyone involved, and teams are reorganized between projects. If you're lucky it works, but often it's just exceptionally uncreative.

I believe it's often a better idea to keep teams together that work well. The security you get from this is hard to beat. Changing team members constantly can of course spark some ideas, but striving for good combinations are probably more rewarding in the long run.

And a final advice from Ann Lagerström: Always split creative meetings in two, with a good night's sleep between them. That way you let your subconcious work on the problems during the night, and it's easier to keep the good ideas coming the next day. I'm sure that is a major reason why Google recommend their employees to take a nap in the middle of the day. And meditation gives the same benefits: Let everything go, restart your brain and find new perspectives.
Posted by Unknown at 22:03 No comments:

I make some of my music available as free downloads from Bandcamp! Try it out, and please share with people you think would like it:
www.imifal.bandcamp.com
You can find my most recent releases on Soundcloud:
www.soundcloud.com/imifal

If you want to know when I release new songs, you can sign up here to be notified by email! Just send an email to imifal.music@gmail.com! 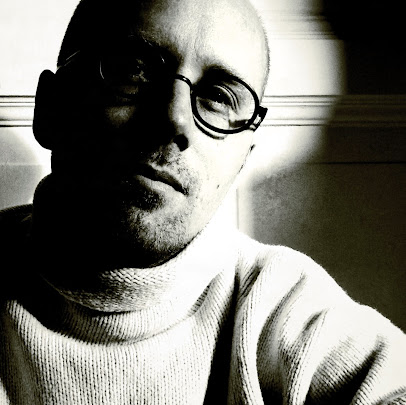